Noi: The Journey Within 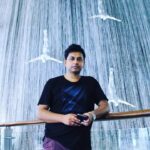 Taking a nonlinear narrative approach, the Director Reema Borah creates an obscured layer, for the audience to connect the dots. When the journey comes full circle, it displays certain traits of surrealism.

The film Noi by director Reema Borah in Assamese language, digs beneath the superficial layers of facade, and touches upon some of the raging issues that perturbs the region. Noi can be considered as an unabashed documentation of the brutal realities of the region that rarely finds space in mainstream filmmaking in India. Without being explicit, the narrative travels down the rural hinterland to expose and touch upon the sensitive spaces both in personal and public memory.

The film unlocks its characters through their journeys on different terrains, with varied backgrounds and circumstances. Weaving its narrative through a somewhat surreal undercurrent, the film cuts across undeniable issues of the region, and the people impacted by them. The connection  between the characters and their personal journeys involves the burning issues which shook them from inside and outside.

Taking a nonlinear narrative approach, the Director Reema Borah creates an obscured layer, for the audience to connect the dots. When the journey comes full circle, it displays certain traits of surrealism. This again connects to the obscured region of dreams and memories while addressing the personal agonies of a few characters. The director captures the harsh realities within the simplicity of the rural hinterland, without being melodramatic. Hence, staying within the periphery of realism, the narrative turns itself into more of a metaphorical comment on the erstwhile disturbing social issues.

The visuals build the necessary ambience for the characters to develop with it’s not-so-ambitious cinematography. The frames transcend the intensity of the inner world of the characters and the war within. Some of the visuals such as the tall Shimul trees (cotton trees) and it’s flowers flowing in the river remind us of Tarkovsky’s visual treatments. DOP Sandeep Patil proves his mettle yet again with Noi. The editing by Rantu Chetia is quite adequate, without any noticeable jerks, and follows a nonlinear narrative.

As the title ‘Noi‘ refers to a river, the director seeks to keep the journey flowing, and never stagnant. And this is what is decoded in the film, where the journey of every character unfurls a sub-plot of its own, pertinent to an  issue of human crisis in each subplot. While some of these subplots get more realistic than others, some lead to a more bohemian, philosophical ideology of life. Noi takes its cue from Bokul, the previous film by director Reema Borah and appears to take the narrative forward as a continuation, although the stories seem outwardly unconnected. The film talks about humanity, human rights, nationhood and brotherhood amidst conflicts, within the territory of a conflict zone.

Do you want to get backlinks from domains that have tons of ranking keywords?

We noticed you are only listed in 18 out of a possible 10k+ directories.

You can view your ranking here: https://directoryregistar.info/thejollywoodcafe.com?id=MTg=

Get more traffic, leads and sales by having your business rank high on search engines.

We’ve automated everything that we possibly could to make submitting your website a breeze.

Visit us on https://directoryregistar.info and get submitted 10k+ directories.

As you may know, AdSense is a popular ad platform that allows website

Owners to monetize their traffic by displaying ads on their sites. However,

There are many limitations to AdSense, including low payouts,

That is why we need an AdSense alternative.

With this Advertisement platform, you can earn more

Money than you can with Adsense because it

And maximize your revenue

And there is no minimum page view requirement Every one can

Register and make money from it

See all the features here: https://15-days.net

cialis generic name Three studies did however have a focus on prevalence as expounded in their study aims 40, 41, 42

From 1952 Till Present, The Journey Of International Film Festival Of India (IFFI) At A Glance

What started in 1952, with participation of 23 countries and with over 200 films’ entries has quadrupled to a whopping 1000 entries...
Read more
Load more